Genetics’ Effect On Cancer – And My Future

Not every cancer is random, or because of life choices. Some cancers, an estimated 5-10%, are due to genetics. This is generally referred to as inherited cancer, which means an inherited abnormal gene led to cancer. Unfortunately, it’s not always easy to tell without genetic testing whether or not you carry an abnormal gene, and genetic testing isn’t usually easily available unless you know your family has a history of some sort of cancer.

My mother’s side of the family apparently carries the abnormal gene that causes colon and rectal cancers, especially cancer that occurs at a younger age than most cases. We had no clue though, thanks to faulty information about how several relatives had died. After my mother’s diagnosis, we finally got the correct information, and discovered that her family has a history of early colon and rectal cancers. Hers was caught soon enough that it will not be fatal, but her tumor had been in the works for a very long time – since long before the age when doctors usually recommend getting colonoscopies. If we had known our family history, the doctors would have suggested she start them earlier than normal and perhaps this tumor would not have grown as it did. Odds are it still would have already been in the works, though, since it began so early.

This doesn’t have much of an impact on her, except for some understanding of how and why this happened. It does have an impact on my brother and I, however, especially since we now know some relatives had their first polyps removed as early as 35. That’s only 10 years away for me, less for my brother, and we’re starting to realize that in order to prevent this in ourselves, we may need to start colonoscopies as soon as now.

That thought is a little scary, and yet oddly liberating. There’s something in my genetics that could kill me, but there’s ways that I can prevent it from doing so. I feel equipped with the knowledge I’ve gained to be able to stop what’s happening to my mother from happening to me – I’ll possibly be able to avoid this happening at all. That likely means getting early and frequent colonoscopies, but doing so could mean living until I have great-grandchildren. That sort of knowledge is amazingly empowering; thanks to modern medicine, I can put that knowledge to use in order to have a long and healthy life. 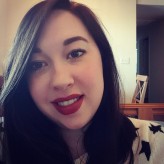 Have A Foxy Weekend
Partnering With Friends To Maintain Motivation