When To Say When When To Say When

When we went to St. Louis Children’s Hospital in October 2011 and was told, “Your child has cancer”, naturally, the plan was to fight. To do everything in the doctor’s power to get rid of Sebastian’s cancer. So, that’s what we did, and Bastian was led down a path that consisted of chemo, radiation, bone marrow transplants, pain, nausea, more chemo and more pain. He spent countless days in the hospital, missed out on school and friends and birthday parties and swimming. He lost all of his hair, and a quarter of his body weight. The treatments made him so very sick. And all the while the scans continued to show no disease improvement. The treatments were not working.

In June, the side effects of the chemo and radiation caused him to have to get a urinary catheter due to damage in his bladder. Complications from the catheter landed him in the hospital for 12 days with several infections. Right about the time he was being released from the hospital, his docs gave us the treatment options available for him. After several discussions about what the options are, Sebastian finally tells us, he doesn’t want to do this anymore. He doesn’t want to keep making himself sick. He wants to stop.

Imagine making this decision for yourself, knowing that nothing you do will take your disease away, and everything you are doing is potentially causing more pain and more problems. Would you know when to say when? At some point, the desire for quality over quantity would present itself, and that’s where Bastian is.

We’ve known for a long time that we would be faced with this decision; I just didn’t think that Bastian would be the one to bring it up. The docs told us a long time ago that there is no chance of curing Bastian’s cancer, and that everything we are doing is an attempt to give him more time. After his last stay in the hospital, Bastian said he wanted to spend the rest of his time with the people he loves, not taking things to make himself sicker, and not constantly being hooked up to IV’s. He wants quality over quantity. His decision was not accepted by a lot people in his life, particularly his peers. They don’t understand how “he can just give up”; they think he should try every single thing possible. But those of us close to him know that this isn’t him “giving up” or “choosing to die”, this is him choosing to LIVE.

Deciding to stop cancer treatments is a difficult and painful decision.  Have you experienced something similar?

This post was originally published on Lacuna Loft back in 2014 and is one of our most read! 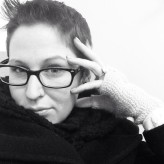 Have A Splendid Weekend
Ever Have A Really Bad Day?